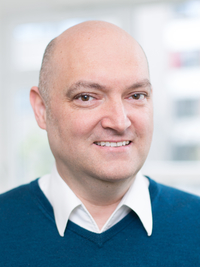 Member, Board of Directors of the CBBS

Member, Extended Board of Directors of CRC 779

Professor Markus Ullsperger heads the Department of Neuropsychology at the Otto von Guericke University Magdeburg. His research focuses on developing and testing neurobiologically plausible models of performance monitoring and adaptive goal-directed behavior in humans. To this end he pursues a convergent-methods approach combining neuroimaging and EEG with computational modeling and pharmacological challenges. In addition to studies in healthy participants, his research extends to clinical populations with neurological, neuropsychological, and psychiatric disorders. His current work focuses on the interactions of the anterior midcingulate cortex with other brain regions to signal the necessity and implement adaptations, ranging from motor slowing via shifts in selective attention to learning and belief updating.